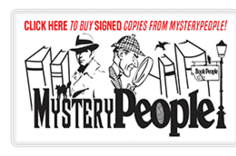 A nineteen-year-old aspiring model has disappeared in Paris. Her father, Bart Denum, turns to his old friend Hugo Marston for help. Marston, the security chief at the American Embassy, makes some inquiries and quickly realizes something is amiss: Bart’s daughter was not a model, but rather a dancer at a seedy strip club. And she headed to Barcelona with some guy she met at the club.

With his friend and former CIA agent, Tom Green, Marston heads for Barcelona. The two sleuths identify the man last seen with the girl, break into his house, and encounter a shocking scene: Bart Denum, standing over the dead and battered body of their mysterious stranger. Though Bart protests his innocence, under the damning circumstances, Spanish authorities arrest him for murder.

The two American investigators are faced with their biggest challenge ever: find the real killer, prove Bart’s innocence, and locate his missing daughter—without getting killed along the way.

In this prequel to The Bookseller, former FBI profiler Hugo Marston has just become head of security at the US Embassy in London. He’s asked to protect a famous movie-star couple, Dayton Harper and Ginny Ferro, who, while filming a movie in rural England, killed a local man in a hit and run.

The task turns from routine to disastrous almost immediately. Before Hugo even meets them, he finds out that Ferro has disappeared, and her body has been found hanging from an oak tree in a London cemetery. Hours later a distraught Harper gives Hugo the slip, and Hugo has no idea where he’s run off to.

Taking cues from a secretive young lady named Merlyn, and with a Member of Parliament along for the chase, Hugo’s search leads to a quaint English village. There, instead of finding Harper, more bodies turn up. Teaming with local detectives and then venturing dangerously out on his own, Hugo struggles to find connections between the victims. Is this the work of a serial killer—or something else entirely? Knowing he’s being tailed, the killer prepares for the final, public act of his murderous plan, and Hugo arrives just in time to play his 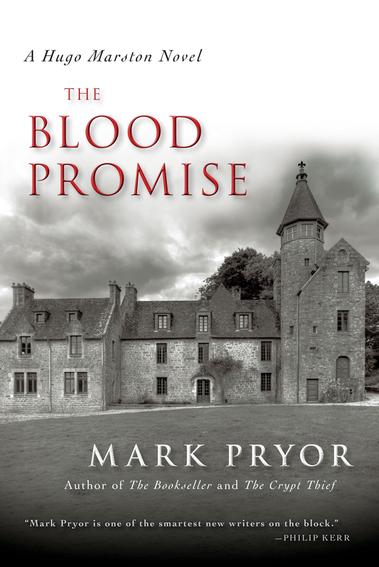 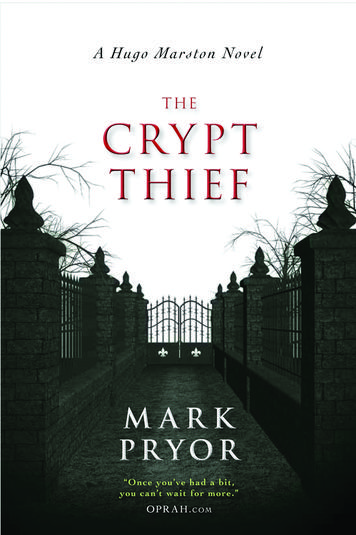 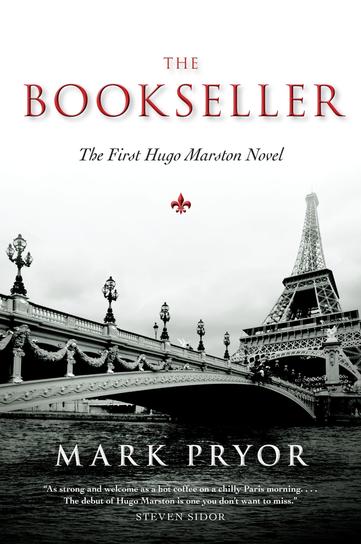 A young American woman is attacked at a historic Paris chateau and four paintings are stolen the same night, drawing Hugo Marston into a case where everyone seems like a suspect. To solve this mystery Hugo must crack the secrets of the icy and arrogant Lambourd family, who seem more interested in protecting their good name than future victims. Just as Hugo thinks he’s close, some of the paintings mysteriously reappear, at the very same time that one of his suspects goes missing.

While under pressure to catch a killer, Hugo also has to face the consequences of an act some see as heroic, but others believe might have been staged for self-serving reasons. This puts Hugo under a media and police spotlight he doesn’t want, and helps the killer he’s hunting mark him as the next target…. 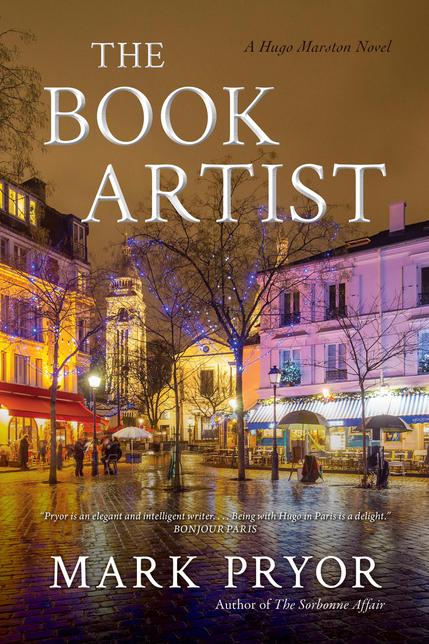 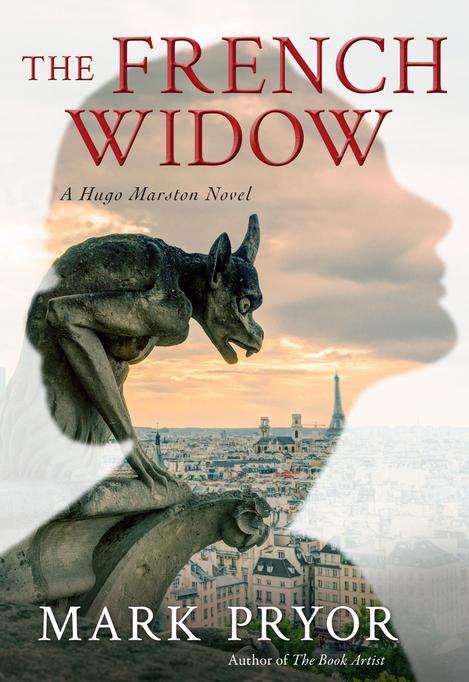 Hugo Marston must figure out what lies hidden inside an old sailor's chest before a 200-year-old blood promise is revealed and claims another life.

In post-Revolution Paris, an old man signs a letter in blood, then hides it in a secret compartment in a sailor's chest. A messenger arrives to transport the chest and its hidden contents, but then the plague strikes and an untimely death changes history.

Two hundred years later, Hugo Marston is safeguarding an unpredictable but popular senator who is in Paris negotiating a France/U.S. dispute. The talks, held at a country chateau, collapse when the senator accuses someone of breaking into his room.

Theft becomes the least of Hugo's concerns when someone discovers the secrets hidden deep inside the sailor's chest, and decides that the power and money they promise are worth killing for.

But when the darkness of history is unleashed, even the most ruthless and cunning are powerless to control it.

Hugo Marston buys an ancient book from his friend Max, at the old bookseller's stall beside the River Seine.  Moments later, Max is kidnapped.

Hugo must now connect the old man's bizarre history with the ancient book, and solve the mysterious disappearance of other booksellers.

Then, as he himself becomes a target, Hugo uncovers a conspiracy from Paris's recent past that leads him deep into the enemy's lair.

Just as the killer intended.

Hugo Marston, head of security for the U.S. Embassy in Paris, puts his life in danger when he investigates the murder of a celebrated artist, all the while fending off an assassin looking to settle an old score against him.

Hugo Marston accompanies his boss, US Ambassador J. Bradford Taylor, to the first night of an art exhibition in Montmartre, Paris. Hugo is less than happy about going until he finds out that the sculptures on display are made from his favorite medium: books. Soon after the champagne starts to flow and the canapes are served, the night takes a deadly turn when one of the guests is found murdered.

Hugo lingers at the scene and offers his profiling expertise to help solve the crime, but the detective in charge quickly jumps to his own conclusions. He makes an arrest, but it's someone that Hugo is certain is innocent. Meanwhile, his best friend, Tom Green, has disappeared to Amsterdam, hunting an enemy from their past, an enemy who gets the upper hand on Tom, and who then sets his sights on Hugo.

With an innocent person behind bars, a murder to solve, and his own life in danger, Hugo knows he has no time to waste as one killer tries to slip away, and another gets closer and closer. 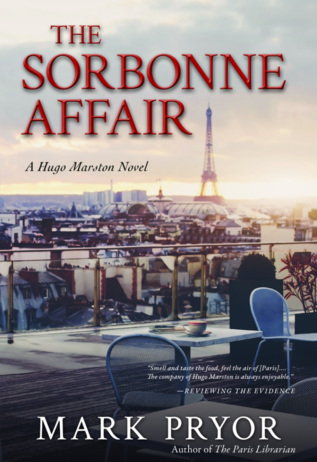 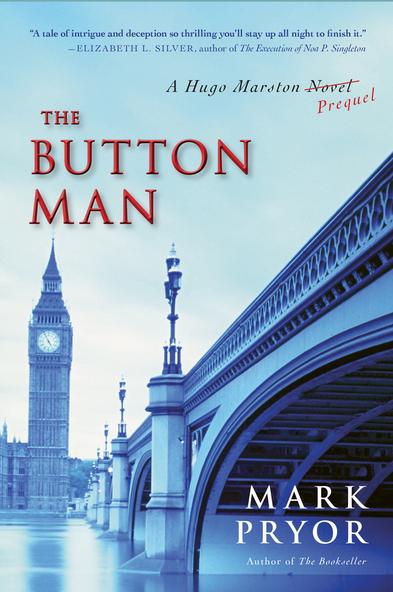 The second Hugo Marston mystery begins when a crypt is robbed at the famous Pere Lachaise cemetery in Paris, and the bones of a long-dead Moulin Rouge dancer are stolen.

The cemetery is locked down but the thief returns, flitting in and out like a ghost.

When two Americans are murdered at the cemetery, the U.S. Ambassador sends Hugo Marston to investigate.  How does this killer operate unseen?  And why is he stealing the bones of once-famous Can-Can girls?

Hugo cracks the secrets of the graveyard, but soon realizes that old bones aren't all this serial killer wants: his ultimate plan requires the flesh and organs of the living.

And for the crypt thief, Hugo's body will do just fine.

Hugo Marston's friend Paul Rogers dies unexpectedly in a locked room at the American Library in Paris. The police conclude that Rogers died of natural causes, but Hugo is certain mischief is afoot.

As he pokes around the library, Hugo discovers that rumors are swirling around some recently donated letters from American actress Isabelle Severin. The reason: they may indicate that the actress had aided the Resistance in frequent trips to France toward the end of World War II. Even more dramatic is the legend that the Severin collection also contains a dagger, one she used to kill an SS officer in 1944.

Hugo delves deeper into the stacks at the American library and finally realizes that the history of this case isn t what anyone suspected. But to prove he's right, Hugo must return to the scene of a decades-old crime.

Someone is spying on American author Helen Hancock. While in Paris to conduct research and teach a small class of writers, she discovers a spy camera hidden in her room at the Sorbonne Hotel. She notifies the US Embassy, and former FBI profiler Hugo Marston is dispatched to investigate.

Almost immediately, the stakes are raised from surveillance to murder when the hotel employee who appears to be responsible for bugging Hancock’s suite is found dead. The next day, a salacious video clip explodes across the Internet, showing the author in the embrace of one of her writing students—both are naked, and nothing is left to the imagination.

As more bodies pile up, the list of suspects narrows; but everyone at the Sorbonne Hotel has something to hide, and no one is being fully honest with Hugo. He teams up with Lieutenant Camille Lerens to solve the case, but a close call on the streets of Paris proves that he could be the killer’s next target. 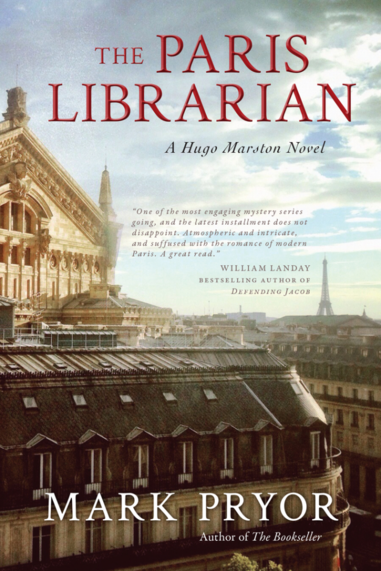 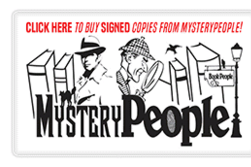 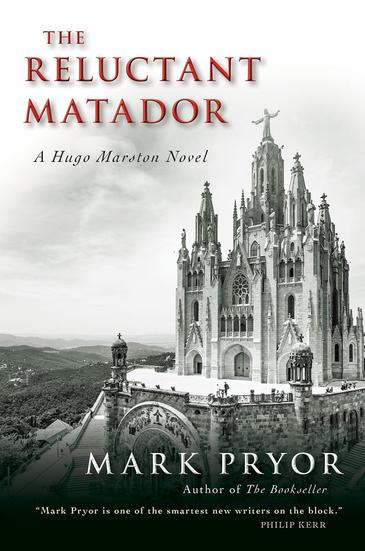