Mark Pryor is a former newspaper reporter from England, and now a prosecutor with the Travis County District Attorney's Office, in Austin, Texas.

His upcoming book DIE AROUND SUNDOWN is the first in a new series of historical mysteries set in Paris during WW2. It will be published August 16, 2022, by St. Martin's/Minotaur.

Mark is also the author of the Hugo Marston mystery series, set in Paris, London, and Barcelona. The first in the series, THE BOOKSELLER, was a Library Journal Debut of the Month, and called "unputdownable" by Oprah.com, and the series has been featured in the New York Times. Mark also wrote the highly-praised psychological thrillers, HOLLOW MAN (September, 2015) and DOMINIC (January 2018).

As a seasoned prosecutor, he has tried (and won!) multiple murder cases, and appeared on CBS News's 48 Hours and Discovery Channel's Discovery ID: Cold Blood.

In his spare time, Mark is a dog-loving, soccer-playing husband, and father to three children.

Praise for Mark's other books

“Pryor’s exquisite stand-alone is a gem that explores a man who will go to any lengths to fulfill his needs. On the surface, what seems like a crime novel ends as a carefully plotted thriller. 4 ½ stars FANTASTIC - KEEPER ”
— RT REVIEWS

“Austin's music scene provides the backdrop for a creepy psychological thriller… an audacious stand-alone that dares the reader to sympathize with a coldblooded killer whose lack of empathy allows his cunning to run free.”
— KIRKUS REVIEWS

“[D]evilishly clever and suspenseful … As the mishaps escalate for the conspirators, so does the suspense, culminating in a denouement worthy of the neo-noir film classic The Usual Suspects.
— PUBLISHERS WEEKLY

for the hugo marston series:

“...the best one yet"
--MysteryPeople

"The ingredients are all present: two lovely and talented women, a revenge-crazed criminal out for blood, a brutal murder, a power-hungry Parisian detective, and an assortment of possible culprits who would make Agatha Christie proud. Add to this the setting of Paris in winter, and the stage is set for action—and plenty of it."
-- NY Journal of Books

“The flawlessly constructed whodunit sharply contrasts with the gritty flashbacks to Hugh’s past, a subplot that rewards series fans with a new layer of depth to the central characters.”
― Booklist

"Entertaining. . . . A fascinating cast, an intriguing subplot that delves into Hugo’s past, and a gorgeous Parisian setting add to the story’s appeal."
― Publishers Weekly

“Hugo Marston returns in top form—and that is very good indeed. ​Pryor is one of the best new voices in crime fiction.”
—DEBORAH CROMBIE, New York Times–bestselling author of To Dwell in Darkness

“Yet another superb entry in the Hugo Marston Mystery series – a heart-pounding page turner guaranteed to please fans and hook new readers into the adventures of the newest hero in mystery fiction. Highly recommended!”
-THE INTERNET REVIEW OF BOOKS

For others in the series:

"Once you've had a bit, you can't wait for more."
-OPRAH.com

“[A] well-crafted debut novel. Mark Pryor creates a new hero full of intelligence and charm which mixes well with the ever twisting plot of the story. Each turn of the page is a new piece of the complex puzzle that readers will enjoy fitting together. A leaf out of a classic Agatha Christie novel, mixed with the modern world of crime, is a suspenseful adventure waiting to happen.”
-Portland Book Review

“This is enjoyable French investigation in which Paris as seen through Hugo’s eyes comes to life. Hugo is a solid hero though his inquiry may make him persona non grata and expelled from France. Although the violent abductions and homicides are somewhat muted, the storyline is fast-paced from start to Hugo and Tom confronting their adversary who expects their visit.”
-The Mystery Gazette

"Stylish, suspenseful, and smart, Mark Pryor's The Bookseller conveys the reader expertly through a puzzle of missing Nazi hunters and drug deals. Fans of Alan Furst will find much to love. As strong and welcome as a hot coffee on a chilly Paris morning. Bibliophiles, Francophiles, and mystery addicts rejoice! The debut of Hugo Marston is one you don't want to miss."
-Steven Sidor, author of Pitch Dark

“It had everything I enjoy and more. Paris, books, intrique, thrills, Paris, twisted villians, passionate romance (it IS Paris after all), sinfully delicious foods, fascinating people, a hard driving storyline…. [Pryor] has a gift for describing scenes so perfectly that he makes the readers' senses come alive.”
-MysteryNet.com

“A real page-turner. This is what thriller writers always aim to produce and so often fail to get right…. You can’t ask for better than this.”
-San Francisco Book Review

“This exciting and well-written novel is the first in a new series and I look forward to additional installments.... Congratulations, Mark Pryor. You've written a real gem!”
-Suspense Magazine 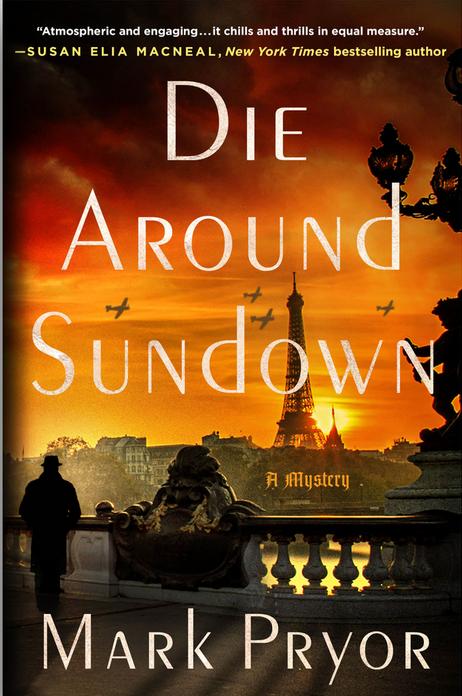 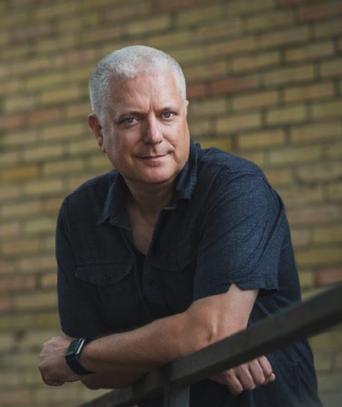 "A darkly comic mystery with a sharp-eyed and sharp-mouthed detective... A TALE WITH HEART."

"Vivid historical detail and fascinating pyschological insights... EVERYTHING ABOUT THIS BOOK IS COMPELLING; YOU WON'T WANT TO PUT IT DOWN!"

"RIVETING. In this love letter to Paris, Pryor deftly evokes the tensions of the time and crafts resilient characters that readers will come back to time and again."